You are here: Home / PREGNANCY / SUBSTANCE USE AND ABUSE

Australia is a drug using society.  Parents who use drugs do not necessarily do a poor job of parenting, but of course this is never an ideal situation.  Good parenting is about protecting children and promoting their development.  There is no single correct way to parent, nor is there a universally agreed standard or measure of what good parenting is.

Pregnancy can be a significant motivator for change and provides an opportunity to work at achieving your goals related to parenting. 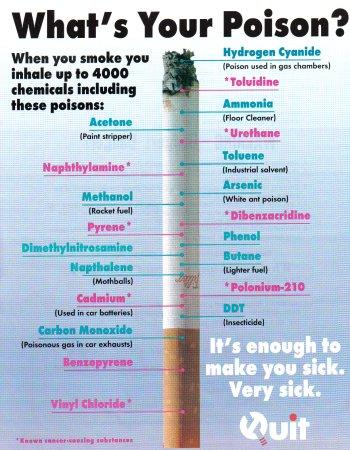 WHAT ARE THE HEALTH RISKS FOR UNBORN BABIES?

Smoking during pregnancy is harmful to the developing baby.  When a pregnant woman is exposed to tobacco smoke, harmful substances absorbed into the mother’s bloodstream can cross the placenta and affect her unborn baby.  The placenta does not filter out the many harmful substances in tobacco smoke.  Smoking in pregnancy also reduces blood flow through the placenta, which can reduce the amount of oxygen and nutrients the baby receives.  Exposure to tobacco smoke during pregnancy can significantly increase the risk of miscarriage, stillbirth, prematrity, low birth weight, childhood malformations and sudden infant death syndrome.  It has harmful effects on the developing lung and immune system resulting in decreased lung function at birth, and increased allergic and asthmatic responses in childhood.

Once your baby is home, they will be exposed to passive smoking if you are a smoker.  Smoke that is breathed out by a smoker is called mainstream smoke.  The smoke drifting from the burning end of a cigarette is called sidestream smoke.  Enviromental tobacco smoke (ETS), is a combination of mainstream and sidestream smoke, with each contributing to about half of the smoke generated.  Parental smoking, is the commonest source of ETS exposure for children.

WHAT ARE THE HEALTH RISKS FOR CHILDREN?

Children exposed to ETS are more likely to develop a range of illnesses including middle ear infections, croup, bronchitis, bronchiolitis, pneumonia and asthma, compared to children living in smoke-free environments.  Impaired learning, slower growth and changes in behaviour can be linked with children’s exposure to passive smoke.

Both asthma and respiratory infections (characterised by wheezing, breathlessness, cough and phlegm), are increased in children whose parent/s smoke.  Children of smoking parents are about twice as likely to have symptoms of asthma before they are five years old.  Tobacco smoke also triggers asthma attacks and makes a child’s asthma more severe than it would otherwise be.  Many environmental factors contribute to asthma; passive smoking is one that you can avoid.

Smoking is harmful to everyone including your unborn baby.

Nicotine replacement therapy (NRT), is safer to use during pregnancy and lactation than it is to smoke.  During lactation, oral NRT is the best choice and when taken after a breastfeed the amount of nicotine passed to the baby via breastfeeding is minimised. 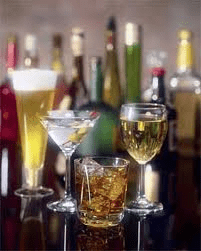 Alcohol is a depressant drug and is the most widely used psychoactive or mood changing recreational drug in Australia.  Safe levels of alcohol consumption in pregnancy are not known, therefore, pregnant women are strongly advised to abstain from drinking any alcohol during pregnancy.

Alcohol damages most organs in the body including:

*  Can affect fitness and sports performance

Alcohol crosses the placenta to the baby during pregnancy.  It can cause problems such as bleeding, miscarriage, stillbirth and premature birth.  Babies born to women who are heavily dependent on alcohol can suffer withdrawal symptoms after birth and may be born with fetal alcohol syndrome.  Fetal alcohol syndrome (FAS) affected babies may be born with facial defects and physical and mental retardation.

Research show that alcohol is excreted into breast milk and can reduce the supply of breast milk.  During the first 12 months of a baby’s life, alcohol can cause damage to the developing brain.

The Australian Guidelines To Reduce Health Risks From Drinking Alcohol recommended that the safest approach to pregnant women is not to consume any alcohol at all.  For women who are breastfeeding, in general it is best to avoid alcohol.

Alcohol is harmful to your unborn baby.  Babies born to mother’s who drink alcohol, may be born with fetal alcohol syndrome.

Benzodiazepines taken during pregnancy cross the placental barrier and can affect the growth and development of the fetus especially if the mother is taking more than the prescribed dose or taking benzodiazepines that have not been prescribed for her.    High doses during pregnancy may lead to the baby being born with a temporary loss of muscle tone, poor feeding, drowsiness and a low temperature.  Benzodiazepines can be passed from mother to baby through breast milk and may have sedative effects on baby.  The baby’s body cannot process them quickly, and they can accumulate in hight doses. 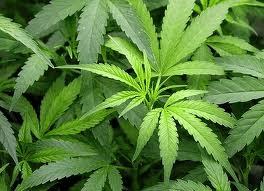 Cannabis is a depressent drug.  Leaves from the cannabis plant are bright green and have a distintive shape, with five or seven leaflets.  The flowering tops and upper leaves are covered in a sticky resin.  THC (Delta – 9 Tetrahydrocannabinol) is the chemical in cannabis that makes a person feel “high”.  This means you experience a change in mood and may see or feel things in different ways than you usually would.  The marijuana flowers or heads have more THC than the stems and leaves.  THC is absorbed into the bloodstream through the walls of the lungs if cannibas is smoked.  The bloodstream carries the THC to the brain, producing the “high” effects.

Marijuana is the most common and least powerful form of cannabis.  Marijuana is the dried leaves and flowers of the plant.  It looks like chopped grass and ranges in colour from grey-green to greenish-brown.  It’s texture can be fine or coarse.  Marijuana is smoked in hand rolled cigarettes known as joints or in a pipe called a bong.

Hashish is dried cannabis resin, usually in the form of a small block.  Blocks range in colour from light brown to nearly black.  The concentration of THC in hashish is higher than in marijuana, producing stronger effects.  Hashish is usually added to tobacco and smoked.

Cannabis/marijuana/hashish is harmful to your unborn baby.  If cannabis is used during pregnancy, the baby may be born smaller and lighter than other babies.  Low birth weight can be associated with infections and breathing problem.s  There is also some evidence that cannabis use during pregnancy may affect the baby’s behaviour and baby may be at an increased risk of behavioural problems and delayed development.

Little is known aout the effects of cannabis use on breastfeeding. It is believed that some of the drug will pass through the breast milk to the baby and as a result the baby may be unsettled and demand frequent feeding.  In hospital, it is very possible that your baby will be scored according to a criteria for drug withdrawal.

Analgesics are used to relieve pain.  Some analgesics can also be used to reduce fever, to help relieve the symptoms of cold and flu, soothe swollen tissues and reduce inflammation. Sensible use of simple analgesics such as paracetamol 500 mg  (panadol) and paracetamol/codeine  500mg/8mg (panadeine), and 500 mg/30mg  ( panadeine forte) on doctor’s prescription only, are all safe to use in pregnancy with caution.  Remember to never take more than 8 tablets in 24 hours, and always take two tablets at a time, one usually isn’t enough to relieve pain or discomfort.

Codeine belongs to a group of drugs known as ‘opioids”  If codeine is taken regularly over a long period of time, a person can develop a tolerance to it.  As codeine can be very constipating, limit the amount of panadeine or panadeine forte that you have.  Paracetamol is gentle on your stomach and should be enough for mild pain.  Panadeine can be used for stronger pain and panadeine forte is for very strong pain.  If taking regular codeine such as in panadeine and panadeine forte, you will need to increase your fibre intake, drink plenty of water and exercise to keep your bowels moving.  You may even need to take an aperient such as coloxyl and senna which is also safe to use in pregnancy.

There is generally no increased risk of birth defects associated with taking over the couter analgesics whilst pregnant.  Howeve, ther are some risks in using analgesics during pregnancy or breasfeeding which include:

*  premature closing of the heart duct through which blood bypasses the lungs of the fetus.  This can be caused by some analgesics such as aspirin and ibuprofen if taken late in pregnancy.

*  Prolonged labour with related bleeding difficulties, due to using some analgesics such as aspirin and ibuprofen close to bith.

*  Withdrawal symptoms in the baby after birth if the mother has taken large doses of codeine late in the pregnancy.

Always consult your own doctor or pharmacist for specialist advice. 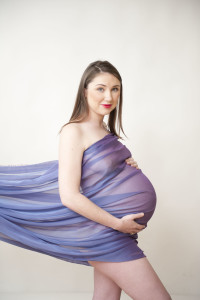 Thanks for visiting Pregnancy Birth And Parenting

Please take a look around the site, I hope you enjoy what I have put together for you. You will be able to find information around pregnancy, hypnobirthing, labour, transition to motherhood and newborn parenting. You will also find information about universal laws, if you weren't already aware, we all create our current reality by our thought processes. I have also included some positive affirmations which you can use to start changing your reality now. And for a bit of fun, I have included some information about baby zodiacs. Please don't take these too literally. Not all babies born under the same zodiac sign are going to be the same, but please have fun with them.

I have a fantastic twelve week "Yummy Mummy" life balance coaching program where I can work with you over the telephone/skype. We will look at different areas of your life, set goals and start to make some real positive change. Just click on the Life Coaching link at the top of the page to learn more about coaching with me. It's an awesome program so please take a look right now.
Book Now